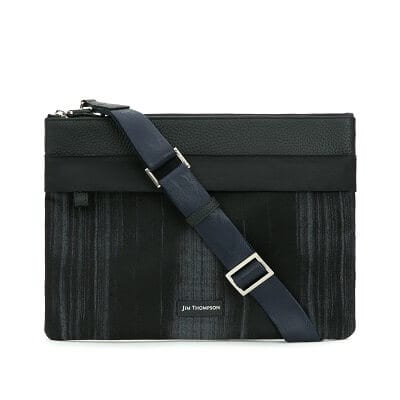 Our fabrics have an extraordinary heritage based on the ideology of one James H. W. Thompson. Jim Thompson was an American architect and art collector born in 1906 and educated at Princeton University. He practiced architecture in New York in the 1930s, and became interested in stage and costume design as a director of the Ballet Russe de Monte Carlo, an offshoot of the epochal Ballets Russes.

After serving as a military officer in World War II, he settled in Bangkok. Jim Thompson was captivated by Thailand and its culture, particularly the art of hand-woven Thai silk, with its remarkable range of colours and textures. At that time, however, the craft of silk weaving was in steep decline, threatened by machine-made fabrics and the advent of synthetic yarns. Yet Jim Thompson believed Thai silk would appeal to textile lovers in America and Europe, whose patronage could support local weavers and silk farmers, in an era when economic opportunities were limited in a developing country such as Thailand.

Jim Thompson dedicated his life to organizing a network of artisans, helping to upgrade their looms, introducing new techniques and designs thereby enabling Thai weavers to create silks that would dazzle the world. By 1950 he had founded The Thai Silk Company, majority-owned by Thais, aimed in part at sustaining the traditional livelihoods, culture and dignity of local weavers and silk farmers.

Thanks to his decade in New York, Jim Thompson had personal links to the worlds of interior design, fashion, show business, art and media that helped him introduce the new textiles in Europe and America.

Jim Thompson fabrics soon won a devoted following among interior designers, couturiers and creators of costumes for stage and screen. By the 1960s, Thai silk had become world renowned, creating a luxury craft industry that benefited thousands of families, just as Jim Thompson had envisaged.

In 1967 Jim Thompson disappeared mysteriously while vacationing in Malaysia, yet the firm carried on his vision of quality, innovation and benefits to society, growing from 100 employees at that time to more than 3,000 today.