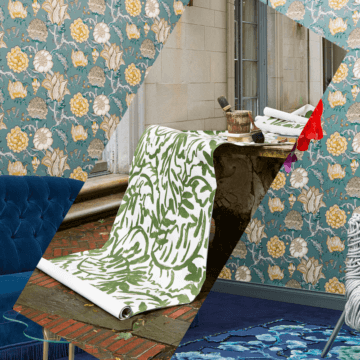 Founders, Harry and Dorothy (Kneedler) Lawenda, have cemented their place in history as midcentury trailblazers, and remain icons in the design industry. The company’s roots go back to 1948, when the couple spearheaded the revitalization of San Francisco’s Jackson Square, turning a blighted, forgotten area into a thriving design district – the first of its kind. One of the greatest joys for Harry and Dorothy was the discovery of people they believed were destined for greater things. They supported and represented icons such as Sam Maloof, Jack Lenor Larsen, Angelo Donghia, and Robin Roberts of Clarence House.

Today the quest for the best continues with owners George Massar and Doug Kinzley. Massar came on board in 1994 when Harry and Dorothy recognized his talent and passion for design and business. Setting a course of growth for the company that included bringing Gregorius | Pineo into the Kneedler | Fauchère Group, Massar reached out in 2004 to longtime friend and colleague, Kinzley, an accomplished business executive, to step into the business side of the equation, letting Massar exercise his passion as the company’s creative force. Their shared approach continues to guide the company’s success.

Kneedler | Fauchère Group operates showrooms in San Francisco, Los Angeles, and Denver, serving designers in more than eight states. A collection of hand-crafted natural fiber wallcoverings started by founder Dorothy (Kneedler) Lawenda in 1948, flourishes as its own Kneedler | Fauchère brand and now includes textiles and accessories. And in 2004, the legacy of handcrafted luxury grew bolder with the incorporation of Gregorius | Pineo into the Kneedler | Fauchère Group.